Five Favorite Films of the '50s is a nice straightforward blogathon run by the Classic Film & TV Cafe, to coincide with National Classic Movie Day on 16th May. As the name suggests, writers are invited to choose their five favourite films of the 1950s and say a bit about their choices. So, as you probably guessed, these are my five picks. 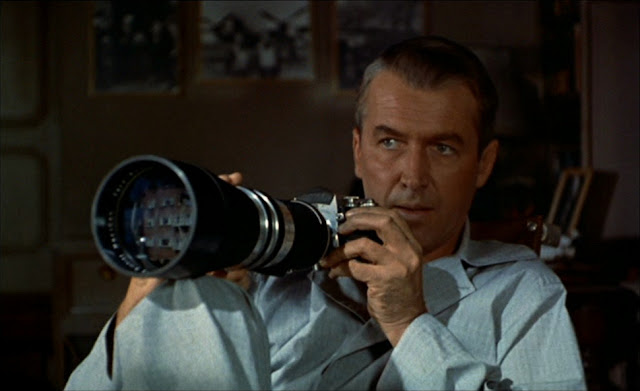 In Rear Window James Stewart plays photographer "Jeff" Jeffries, temporarily confined to his apartment and to a wheelchair while convalescing from a broken leg. All he has to console him are his beautiful girlfriend Lisa (Grace Kelly), and the fascination of watching the daily lives of his various neighbours opposite. Jeffries begins to take a particular interest in one of them, Mr Thorwald (Raymond Burr). Thorwald seems to be acting a little suspiciously, and where has his wife suddenly disappeared to?

Like Rope (1948) and Lifeboat (1944), Rear Window is one of Alfred Hitchcock's occasional experiments in making a film that takes place in a very restricted location, in this case the main character's apartment. But thanks to the excellence of the writing and direction, Rear Window's story and setting never feel contrived.

For a while I would have said this was Hitchcock's best film. I'm not so sure now because there are so many strong contenders, but it's certainly one of the best, a perceptive exploration of voyeurism, spectatorship and social alienation. And if that doesn't float your boat, it's a cracking good thriller too. 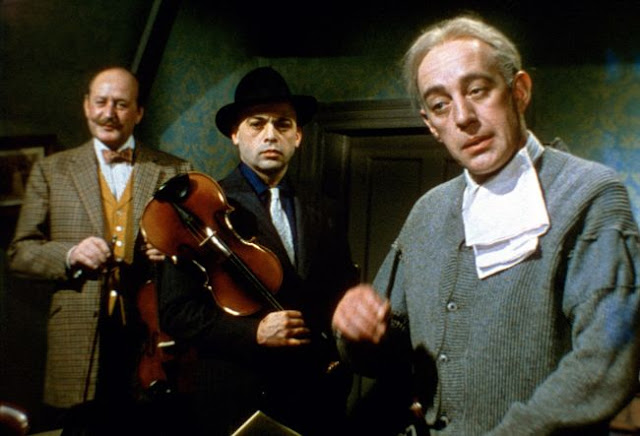 A gang of shady criminals led by Professor Marcus (a toothy Alec Guinness), and including Cecil Parker, Peter Sellers, Herbert Lom and Danny Green, descend on the dilapidated and eccentric house of the elderly Mrs Wilberforce (Katie Johnson). There they supposedly practice their chamber music together, but in reality they are using her as a dupe in their plot to make a daring robbery. Will the gang succeed in bumping off an apparently harmless old lady or will she get the last laugh?

The Ladykillers was written by William Rose (Genevieve) and directed by Alexander Mackendrick (The Man in the White Suit), two Americans intimately involved with British comedy in the early 1950s. The film was one of the last comedies to be made by Ealing Studios, but its dark tone and macabre sense of humour are quite different from the gentler comedies produced in the studio's glory years, with an undercurrent even darker than that of Kind Hearts and Coronets. The Ladykillers is often beautifully played and has a unique atmosphere that makes it hard to forget. 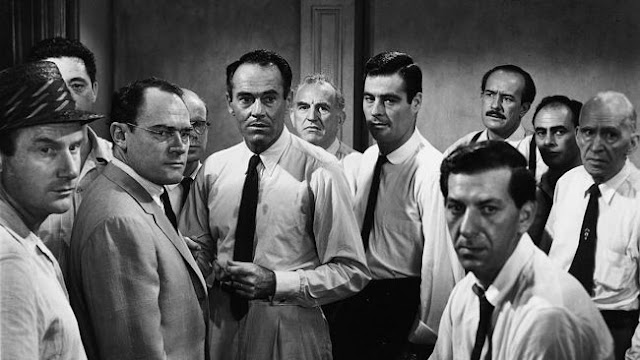 Following the trial of a young man for the murder of his father, 12 jurors retire to the jury room to consider their verdict. It seems like an open and shut case, but maybe there's just an element of doubt about the kid's guilt. Who better to step in and make us all examine our consciences than Mr Integrity himself, Henry Fonda? Fonda is only one man among twelve, but he slowly tries to win around the other members of the jury, including Lee J. Cobb, Jack Klugman, E. G. Marshall, Jack Warden, Robert Webber and Martin Balsam.

This film is a master class in making a film set in a confined space and it barely leaves the jury room in its 96 minute running time. Brilliantly written by Reginald Rose, from his TV play, and directed by Sidney Lumet, with a pretty much perfect cast, including Henry Fonda at his most noble. Tense, intelligent and compelling, 12 Angry Men is one of the best films of any decade. 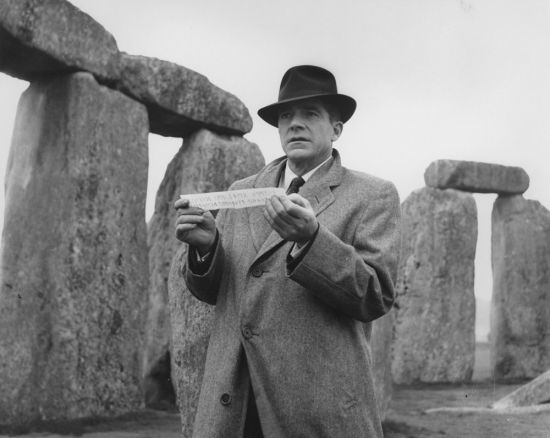 In Night of the Demon, Dana Andrews plays Dr John Holden, an American visiting England for a conference on paranormal psychology. There he incites the wrath of cult leader Julian Karswell (Niall MacGinnis) for suggesting that he is a charlatan. Karswell tells Holden that he has placed a curse on him, a curse that will be lifted if he recants his claims. Karswell's previous critics have died in mysterious circumstances, but Holden shrugs it off. But then strange things start to happen. Has Holden really been cursed?

Night of the Demon, also known as Curse of the Demon, is an occasionally brilliant and atmospheric horror film. Based on M. R. James's story Casting the Runes, the film was directed by Jacques Tourneur and is fascinating and engrossing, despite its flaws. These include a wooden performance by Dana Andrews and the controversial decision to show the demon, instead of relying more on suggestion, as Tourneur famously did in his earlier film Cat People (1942). Not only is the demon shown, but it's shown in a huge close-up. Every time I see it I think "No, that looks ridiculous! Don't show it!" But I still love this film anyway. 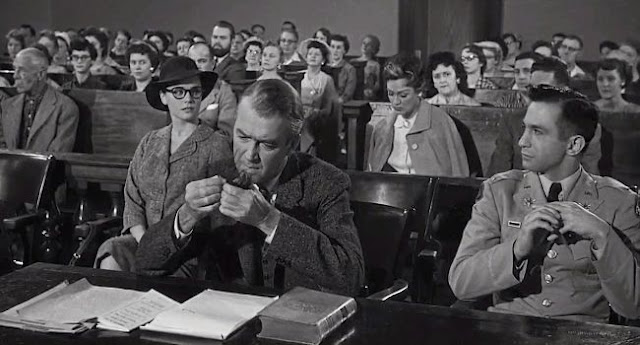 James Stewart again, this time as a small town lawyer given the job of defending an army lieutenant, Frederick Manion (Ben Gazzara), on a murder charge. The case is made more difficult by Manion's admission of guilt. But Manion claims that the murder victim had beaten and raped his wife Laura (Lee Remick). His only hope of avoiding the death penalty is a plea of temporary insanity.

In case you hadn't guessed, I love courtroom dramas. A trial is inherently dramatic, so much so that I think if you can't make a good drama out of a trial, then you've no business making films at all. Anatomy of a Murder is one of the very best, with a strong script, well developed characters and convincing performances, from James Stewart's world-weary lawyer and Lee Remick as the supposedly wronged woman, to a young George C. Scott as the hotshot attorney from the big city. I also think this is Otto Preminger's best film (sorry Laura).


Of course, if I wrote this next week I might choose a different five. But I decided not to over-think it and just choose five favourites without agonising over it. If I thought about it too much I'd also want to squeeze in Vertigo, Hobson's Choice, Les Diaboliques, North by Northwest, Genevieve, The Cruel Sea, Witness for the Prosecution ... well, you get the idea.

You can check out the other blogathon entries over at the Classic Film and TV Cafe.