8 of the Best Christmas Films


It's Christmas, the time of year when we get together with loved ones we've been neglecting all year, eat and drink too much, give people presents they don't really want, and have to endure the office Christmas party.

One of the most familiar elements of a modern Christmas is slumping in an armchair and watching some schmaltzy Christmas garbage on the TV. But hey, I want to spare you that fate, because here are eight Christmas films that are actually good. 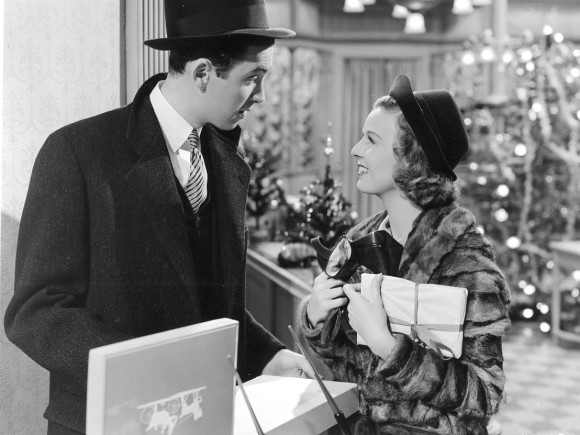 The Shop Around the Corner is set in Budapest in the run up to Christmas. Alfred (James Stewart) and Klara (Margaret Sullavan) are co-workers in a gift shop overseen by the manager Mr Matuschek (Frank Morgan). Alfred and Klara dislike each other intensely, but both their lives are brightened by their secret romantic partners.

Alfred is corresponding with a woman after answering her newspaper advertisement. Klara also has a secret romance. She is writing to a man after placing her own newspaper ad. What a Coincidence! Or is it? Maybe Alfred and Klara have more in common than they realise.

Directed by sophisticated comedy specialist, Ernst Lubitsch, The Shop Around the Corner is a charming romantic comedy with Christmas trimmings. The film was remade in 1949 as In the Good Old Summertime with Judy Garland and Van Johnson, and updated for the internet age in 1998 as You've Got Mail with Tom Hanks and Meg Ryan. 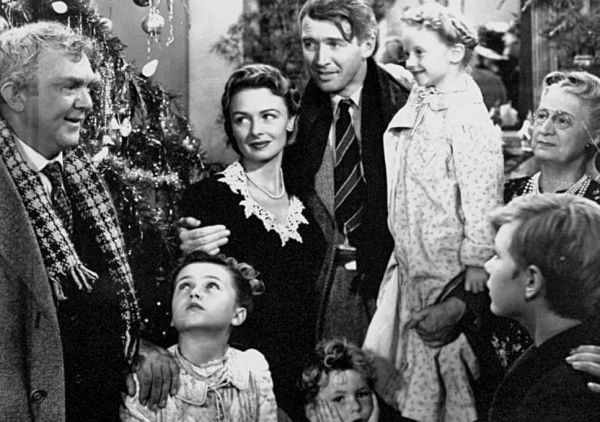 It's a Wonderful Life is the story of George Bailey, played by James Stewart. George is a man who thinks he's failed in life and who has reached the end of the line. It's Christmas Eve, but he is about to commit suicide, when he is visited by his guardian angel, Clarence (Henry Travers). Clarence shows George what the lives of his family and community would be like if he had never lived.

If you only know it by reputation then you might be surprised to discover that It's a Wonderful Life isn't quite the cosy schmaltz fest you were led to expect. It's a surprisingly dark film in some ways dealing with despair, suicide and bankruptcy. The story is essentially Charles Dickens's A Christmas Carol in reverse. Instead of a supernatural figure showing a man how awful his life has been, It's a Wonderful Life has an ordinary man being shown the positive effect he has had on others and on his community.

It's a Wonderful Life received a mixed reception on its original release and was a box office disappointment, killing off director Frank Capra's fledgling film company Liberty Films. But it's gone on to become one of the ultimate Christmas films and one of the most beloved of all classic films. 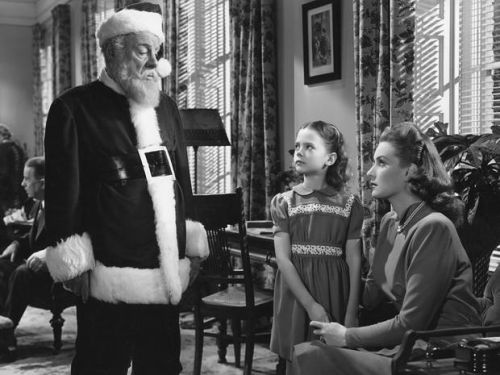 When a New York department store needs a new Santa Claus for the Christmas season, one of its employees, Doris Walker (Maureen O'Hara), thinks she's found the ideal candidate. He's called Kris Kringle and, as played by Edmund Gwenn, he's a kindly, charming old man with a big white beard. Why, he even looks like Santa Claus.

Kris Kringle is a hit as Santa, but not everyone is pleased with his efforts, especially when he starts directing customers to a rival store. When Kringle suggests that he really is Santa, an attempt is made to have him declared insane. This results in Kris Kringle's appearance in court, having to prove that he's not insane - because he really is Santa Claus.

Edmund Gwenn won an Academy Award as Best Supporting Actor for this film, and Miracle on 34th Street has established itself as a Christmas classic. It was given a creditable remake in 1994, with Richard Attenborough, Elizabeth Perkins and Mara Wilson. 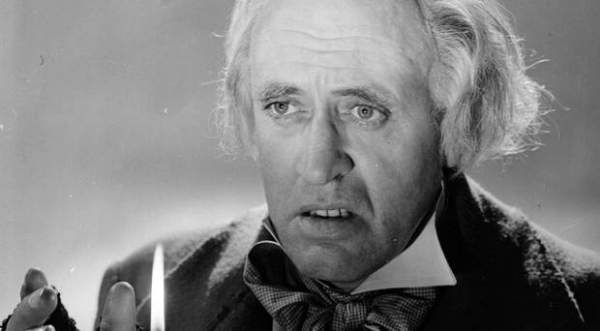 Also known as A Christmas Carol, for many people this is the definitive screen version of Charles Dickens's classic Christmas story.

Alastair Sim plays Ebenezer Scrooge, the miserly, misanthropic businessman who is visited one Christmas Eve by three spirits, the ghosts of Christmases past, present and future. The three ghosts show Scrooge the sadness of his early life in the past, the family Christmas of his humble employee Bob Cratchit (Mervyn Johns) and his sickly young son Tiny Tim in the present, and the awful vision of Christmas future if Scrooge does not mend his ways.

Alastair Sim is perfectly cast as Scrooge, and is ably supported by a cast including Michael Hordern as Jacob Marley's ghost and George Cole as the young Scrooge. Not only the ultimate version of A Christmas Carol, but also one of the best Charles Dickens adaptations ever made, this version oozes Dickensian character and Victorian atmosphere. 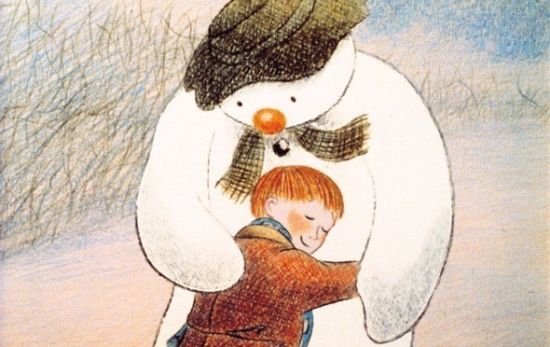 This short animated film tells the story of a young boy who builds himself a snowman after a huge snow fall. The boy sneaks downstairs that night to find that the snowman has come to life at midnight, as of course do all snowmen. The boy and his new friend have a magical adventure, that includes flying through the night sky (to the strains of "Walking in the Air") and meeting Father Christmas. But a friendship with a snowman is always going to be short lived, making this a bitter sweet story. Based on the picture book by Raymond Briggs, The Snowman is a charming short film that's become a Christmas institution in Britain. 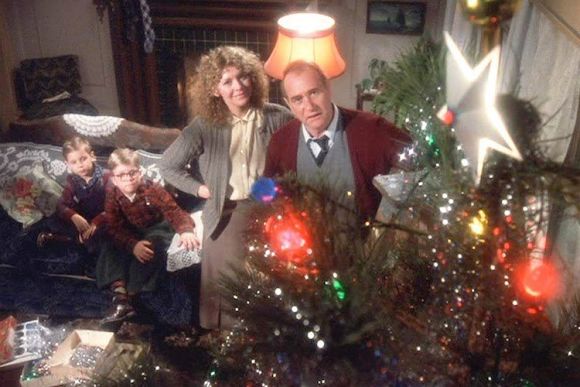 A Christmas Story is a nostalgic comedy-drama set in small town America in the 1940s. Ralphie (Peter Billingsley) is a nine year old boy who longs above all for the ultimate Christmas present, a Red Ryder air rifle. But this seems unlikely, given that his mother disapproves, his teacher disapproves and even Santa Claus disapproves. Or the one that Ralphie meets in a department store anyway. In the meantime, Ralphie has to deal with the foibles of his young friends and eccentric family, especially his father (Darren McGavin).

Loosely based on stories by Jean Shepherd and unexpectedly arriving from Bob Clark, the director of the previous year's sex comedy Porky's, A Christmas Story is a surprisingly successful mixture of knowing humour and nostalgia and has become a fixture in U.S. television schedules at Christmas. 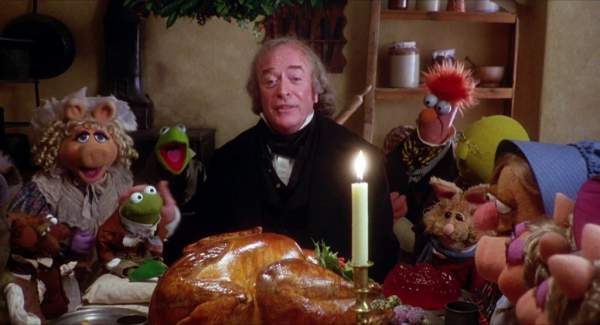 A Christmas Carol again, but this time it stars Michael Caine as Ebenezer Scrooge and the Muppets as almost everyone else. That means Kermit the Frog as Bob Cratchit, Miss Piggy as Mrs Cratchit, Fozzy Bear as "Fozziewigg", Waldorf and Statler as the two Marleys, and Gonzo as Charles Dickens.

One of the best of the Muppet films, The Muppet Christmas Carol is also one of the most family-friendly versions of this story and is an amusing and unexpected delight that should appeal to all but the most Scrooge-like audiences. It manages to pull off the neat trick of staying relatively true to the heart of the Dickens story while adding its own humour, songs and post-modern touches. 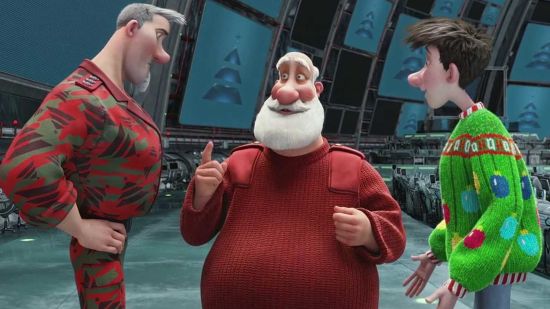 This animated feature from Aardman uses computer animation instead of traditional stop-motion, but the characters are still recognisably designed in Aardman's distinctive style.

The current Father Christmas (voiced by Jim Broadbent) is just the latest in a long line of Santas. But he's nearing retirement and preparing to hand over to his sons. The Santa operation is a family business run from the North Pole, where the current Santa lives with his own predecessor, the crotchety Grandsanta (Bill Nighy) and his sons, Steve (Hugh Laurie) and Arthur (James McAvoy). And, of course, Mrs Santa (Imelda Staunton).

It's the hard-nosed and businesslike Steve who's set to take over when his father retires. His version of Christmas involves a high-tech, technologically advanced present delivery system. But when one child's present gets missed by the new system, Steve's hapless younger brother Arthur joins forces with Grandsanta, an over-eager elf (Ashley Jensen) and an old fashioned sleigh to save the day.

Arthur Christmas is a lot of fun and combines slapstick, character comedy and even elements of mild satire. It's a family film that will appeal as much to adults as to their children. It also has a surprisingly well worked out back story for Father Christmas and his family that makes it one of the most appealing cinematic versions of the Father Christmas myth. Sorry, I mean story. Father Christmas isn't a myth, obviously.


If you have a favourite Christmas film, then you can let me know in the comments.